The abattoir site in Anderlecht is known today primarily for its market, slaughterhouse and cutting plants. The site is located near the canal zone, a strategic location for the further development of Brussels with a great deal of potential and where there is a lot of dynamism. The Abattoir site is also intended to contribute to the development and, in the long term (towards 2032), to expand the site with numerous mutually reinforcing functions. We are no longer just talking about slaughterhouses and markets, but also about office and commercial functions, residential units, schools, event spaces, a swimming pool, and so on.

In this case, it is being investigated whether or not it is feasible to link the various functions energetically and/or to exchange energy directly, thereby also saving a large amount of energy. By linking different users, it is possible to achieve benefits such as economies of scale, simplification of the maintenance task, more coherent energy monitoring and a financial advantage.

In order to realise these ambitions, the following steps were taken in this dossier:

An important part of the method of approach concerns the estimation of the energy consumption of each of the sub-sites. For this purpose, we made an estimate based on all the feasibility studies already carried out for files in the design phase as well as for existing buildings. We based it on dynamic calculations, measurements or basic consumption data of similar type buildings, mapping the specificity of each of the buildings and their use.

The demand patterns are expressed in an hourly profile, so that a global consumption figure for heating and cooling can be established. By superimposing the profiles, a clear insight can be gained into the applicability of the possible technological choices for the energy generators. This involves mapping out the simultaneities within the individual energy flows, as well as across the energy flows (simultaneous heating and cooling can intrinsically present many opportunities, for example).

The second step is to make a longlist of available technologies that could support a global approach to energy use at this site. The traditional technological choices are considered here, as well as the more innovative and novel solutions that have been developed in recent years or that are currently promising. The technologies are primarily placed qualitatively in relation to each other in a quality matrix. Finally, in order to be able to rank the various generation technologies in terms of added value for this dossier, scores were assigned in various areas, such as maintenance/price/future adaptability, CO2 emissions and so on.

In this step, based on the previously established heat and cooling demand profiles, we draw up a number of possible grid configurations, differentiating, for example, in the temperature regimes, the routes and possibly the number of grids provided on the site and their layout.

For each of these configurations, an accompanying optimal generating strategy is assigned (based on the previously drawn up matrix) and calculated in terms of financial return, CO2 neutrality and investment, whereby the interaction with existing generators will also play a role. The financial calculation is based on a total cost of ownership cf. EN 15459, which assigns a clear net present value to both the immediate investments and, of course, the expenditures to be expected in the future. Depending on the proposed solution, the net current cost could be reduced by 15% and CO2 emissions by up to 200 tonnes per year, compared to an already fossil-free reference scenario for the entire site (all buildings equipped with air-to-water heat pumps)!

In the final step, the preferred option in relation to the renewable potential is put on the site. In this way, one final ambition level can be decided upon and assessed with regard to energy neutrality. This involves assessing all (common) generators of renewable energy for the entire site. 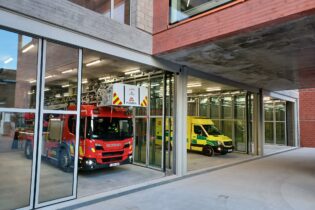 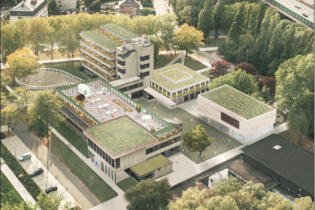 ‘The View’ in urban district ‘Tweewaters’ 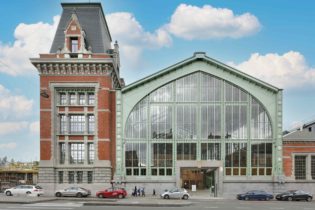 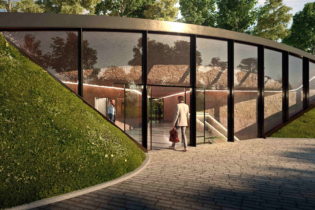 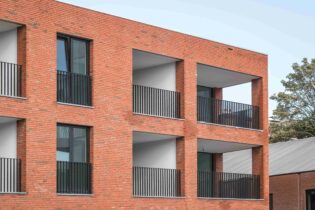 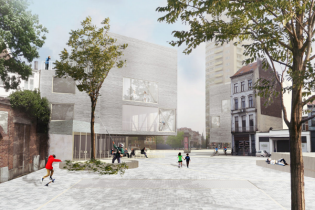 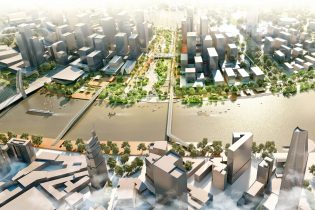